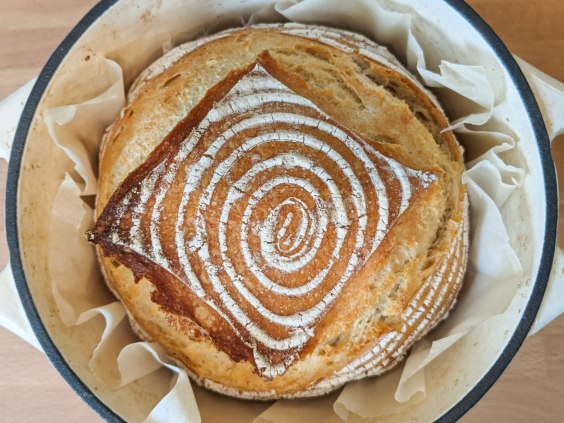 I think I left off last time just before I actually attempted to make anything with Seymour didn’t I? Well, we’ve had a rollercoaster ride since then let me tell you; pull up a chair and I’ll fill you in…

Seymour initially seemed to go to sleep for a few weeks, the lazy little so & so. I was dutifully feeding him every day but there was nothing happening, he seemingly just couldn’t be arsed! I tried to make bagels with the discard I was inevitably creating which, although tasty, were completely and utterly flat… Not my best work… 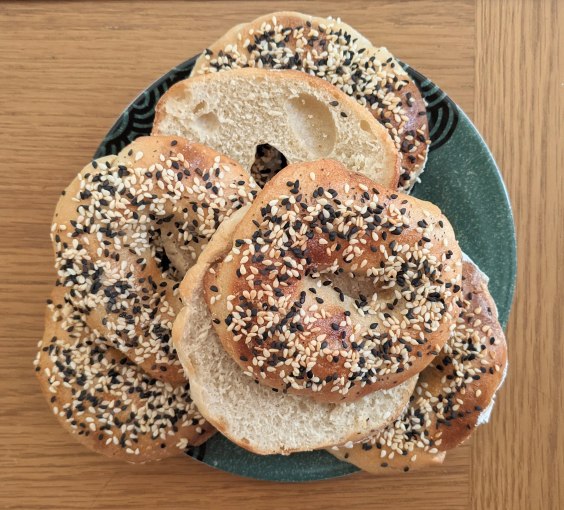 In desperation I went in search of some organic rye flour as recommended on the Bake With Jack channel, and created him a little friend called Lionel (made with rye flour so full name Lionel Rychie, yes I’m a genius), to see if I could, at last, get started on some bread. Lionel also turned out to be a serial napper. I was just about to throw them both out the window in frustration when it occurred to me that our kitchen is essentially one big fridge; it’s usually Baltic in there - which is great for pastry, less so for bread.

So I took them to bed with me.

Not literally into bed, I’m not a complete weirdo, but into the bedroom where it’s generally above brass monkey temperature. Low & behold, in the morning I awoke to two most impressive jars of starter staring at me. Bubbles - check. Doubled in size - check, absolutely! I was amazed. I wasn’t ready to make bread that day but I cleared my schedule - priorities right?? 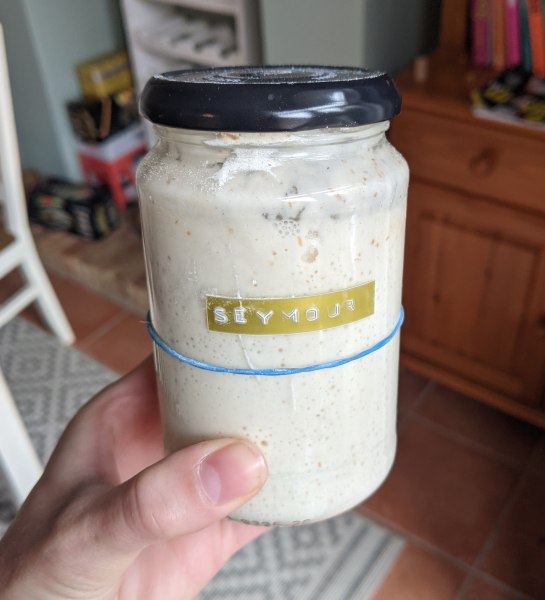 I followed the procedure to the letter, proved overnight in the fridge, then baked the next day after work. They looked magnificent in the oven until I took them out and discovered some sort of serious explosion had occurred from their bottoms, one was at least 50% air inside and resembled a pair of lungs Never mind, they tasted amazing and I was pleased as punch! 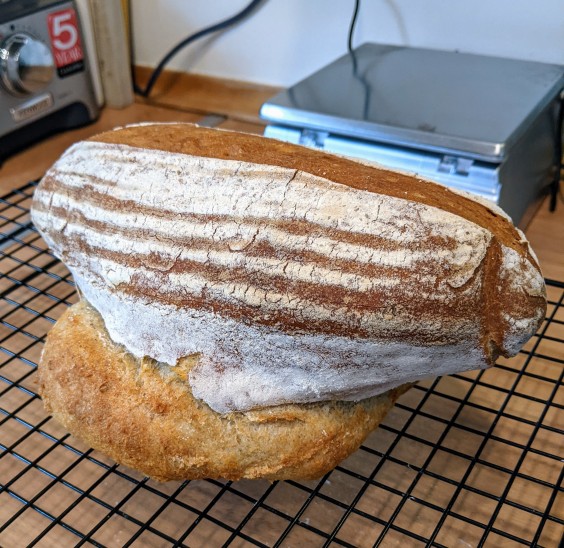 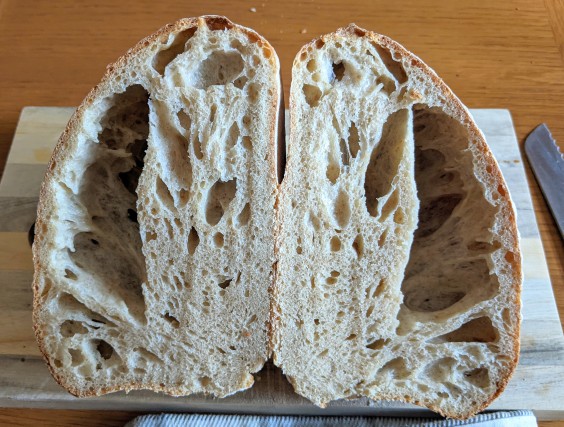 The next week I cockily assumed I had the knack now and evidently paid a little less attention. Woke up the next morning to realise I had forgotten to put salt in. If you’ve made bread yourself, you’ll know that there are generally very few ingredients. Salt is the one responsible for it not just tasting of playdough, and I had forgotten to put any in. Then the bottom explosions happened in the oven again (must be something quite wrong with my shaping technique, but at least I’m consistent), so we were left with two misshapen, flavourless items that could only very loosely be classed as Bread. We stubbornly ate them anyway of course, with lashings of Marmite to distract from the distinct lack of taste.

The third week I remembered I have some cast iron pots, so decided to try baking the loaves in those to see if the explosions would be contained. I triple checked that I had added all four ingredients, popped in the pots in the morning to bake and…. 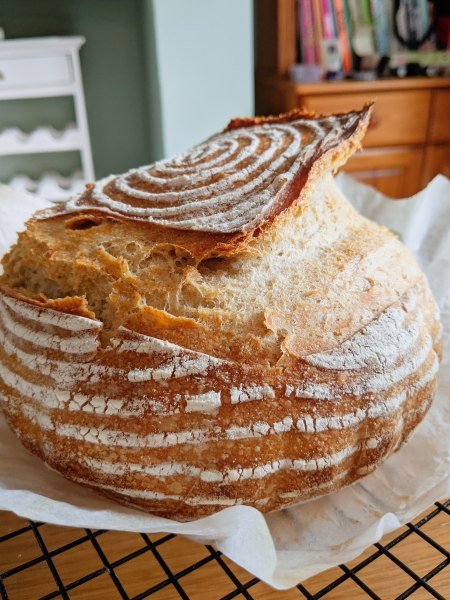 Ta-da!! Well… Just look at it. I’m not afraid to admit I let out a little squeal of excitement when I lifted the lid off to check. Flavourful, no resemblance to any internal organs, and look at that ear! I spent perhaps more time than I care to admit just admiring it, smelling it, and taking adoring photographs of it like some sort of mollycoddling parent. I almost didn’t want to cut into it, but then I remembered that freshly baked sourdough is absolutely bloody delicious and we tore into it like ravenous beasts.

So my advice so far? Take your starters to bed with you. Your partner might be a bit offended but they’ll quickly forgive you when they take the first bite into some warm, fresh out the oven, bready deliciousness. Just remember to add Marmite if you forgot the salt. 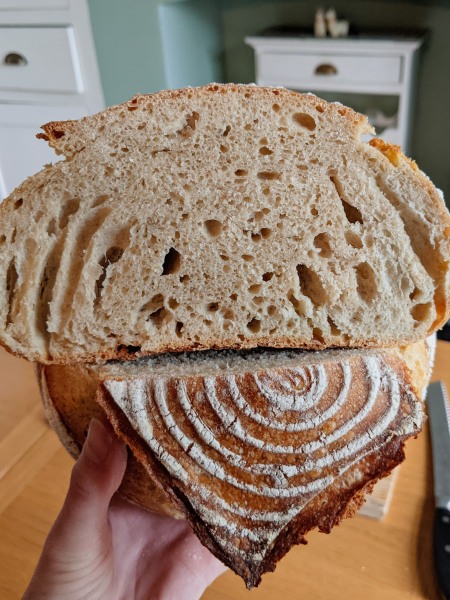